It was up before 0600 the next morning to leave the hotel at 0730 to catch the ferry to South Island. In the near perfect summer weather we were having, it was a beautiful crossing, leaving the port of Wellington and sailing the 92 km over the Cook Strait and along the Marlborough Sound to Picton. 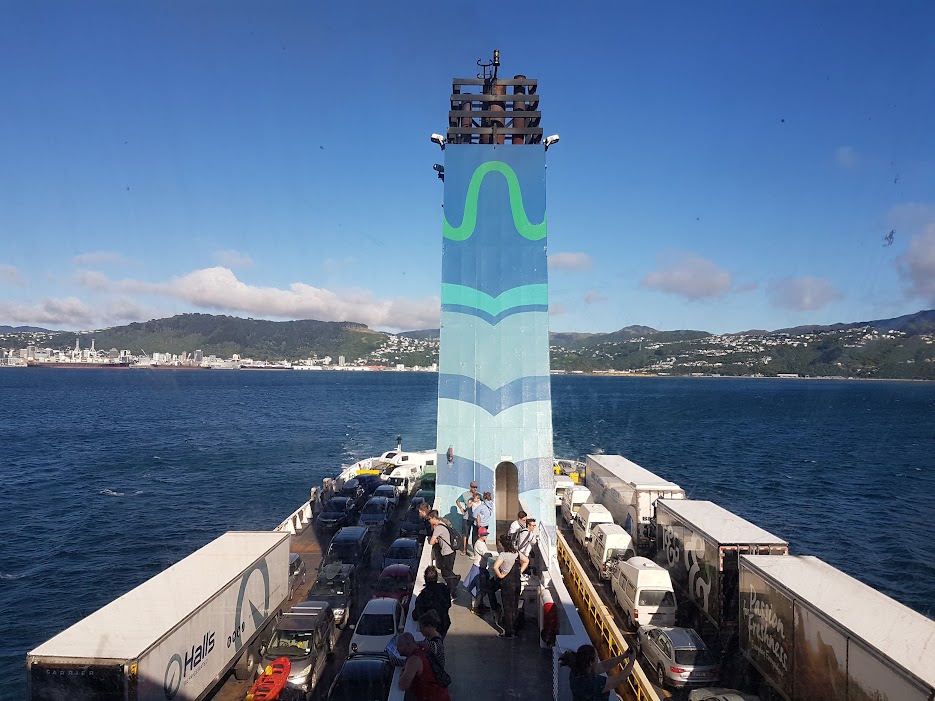 And this is why it’s called Aotearoa: the land of the long white cloud:

From Picton our coach took us first into the Marlborough wine producing region, to visit the Wither Hills Winery. Wine-tasting! We were surprised throughout our time in New Zealand, that the wine in the restaurants seemed quite expensive. On reflection there was a much higher mark-up than we’re used to at home, compared with the prices in the supermarkets and liquor stores which were substantially less. 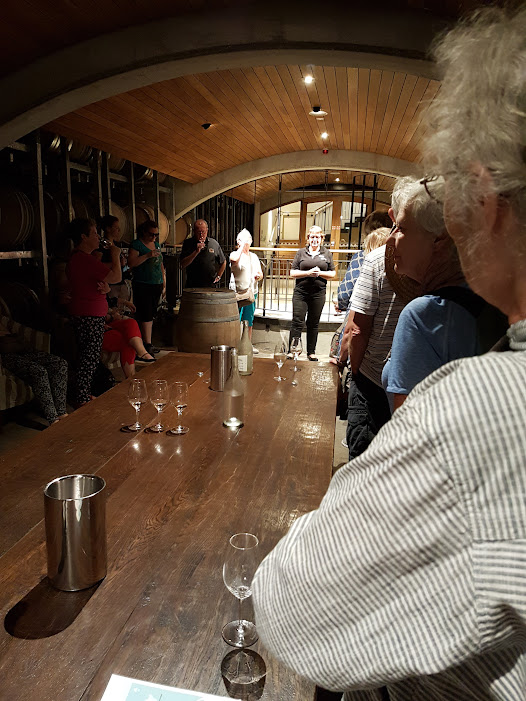 And then back to the city of Nelson, where we were to stay for our first two nights in South Island. Nelson is a sweet little city with its cathedral, and straight main street where most of the shops and restaurants are situated. It turns out that the ring used as the ‘One Ring’ in the film Lord of the Rings was made by a local jeweller in Nelson. Wow!

On a balmy summer evening there were lots of great eating places along Trafalgar Street, with people sitting at pavement tables. We ate pizza at Bacco, with a nice bottle of Montepulciano from the local Marlborough region.