After Napier, we had another long day on the road for our last day on North Island. One of the features of driving in New Zealand, is the number of major roads that are closed for long periods of time because of earthquakes or rockfalls. The diversionary routes are often smaller roads, not designed for the volume of heavy traffic they’re now expected to carry. So there is a constant programme of road repair works to keep them going, and this work is done – as it is all over the world – in the summer. Once or twice we even found ourselves in lines of traffic, waiting for the Stop – Go signs to change.

The road from Napier to Wellington took us across the southern part of North Island on State Highways 2 and 57, to join eventually with SH1 for the last stretch down the west coast. Our morning stop was in the little town of Dannevirke, whose unusual name comes from the fact that it was originally settled by people from Denmark. Here I visited my favourite public toilets in New Zealand: not as aesthetically stunning as the Hundertwasser toilets in Kawakawa, but much more sociable. These were the talking toilets of Dannevirke.

On entering, and sliding the door closed, you are greeted by a voice telling you, “The door is not locked. Press the LOCK button, to lock the door.” When you’ve done so, it informs you, “You now have ten minutes, after which the door will unlock automatically.” Then it plays you some piano music: ‘What the world needs now, is love, sweet love’. When you’re ready to leave and press the blue button again, it tells you “Door is unlocked”. I found myself saying “Thank you” as I stepped out into the street, to the amusement of the workers who were mending one of the toilets. We had a good chat about toilets we have known. New Zealanders are friendly and hospitable, like that.

When we reached Wellington, the capital city of New Zealand, our first stop was the Te Papa National Museum, where there was lots (too much) to see in displays about New Zealand history, geology, flora and fauna. My favourites were the Gallipoli exhibit, telling the story of the Anzacs’ traumatic World War I experience in 1915-16, in which 2,721 New Zealanders were killed and many more wounded; and – other end of the seriousness spectrum – the Lego exhibits (not my picture). Sadly I didn’t have time to join in. 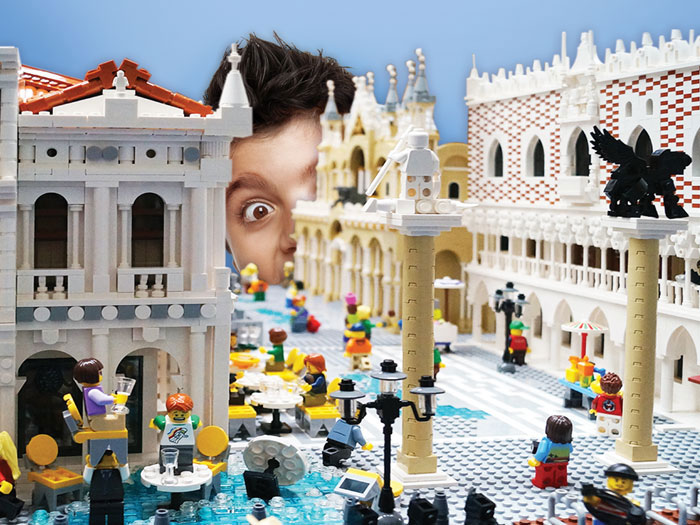 Wellington is a fun city, not perhaps as lively as Auckland. We had an obligatory photo stop near the Parliament buildings but although I have pictures I don’t think they were interesting enough to share. If you’re curious, you can find some on Google Images. In the evening, looking for somewhere to eat, we wandered down to the harbour side and found a branch of Wagamama. We’ve been missing Wagamama – the Oxford branch is closed for refurbishment. 1 So how could we resist eating there? And we felt even more at home when our server was a young woman with a distinctly Glaswegian accent.