The next day was the hottest day so far, with temperatures reaching 37° C. This is supposedly unheard of in those parts of South Island: I’ve already mentioned that the hotels down there don’t have air conditioning, on the grounds that they don’t need it.

And we finally got our promised helicopter flight, from Queenstown Airport to the top of the Remarkables. I wasn’t the only member of the group who had been feeling some trepidation about this, even though (very fortunately) it was the day before four British tourists were killed in a helicopter crash at the Grand Canyon, and not the day after… But it was actually a great experience. A short one – which is probably also a blessing.

The thing that surprised me was that it didn’t feel like we were travelling fast, though it only took a few minutes before we were landing at the top. Yes, there was a slight moment of “Aargh! There’s a mountain side just a few yards to our right…” And here we are:

Enjoying spectacular and beautiful views of Queenstown and Lake Wakatipu 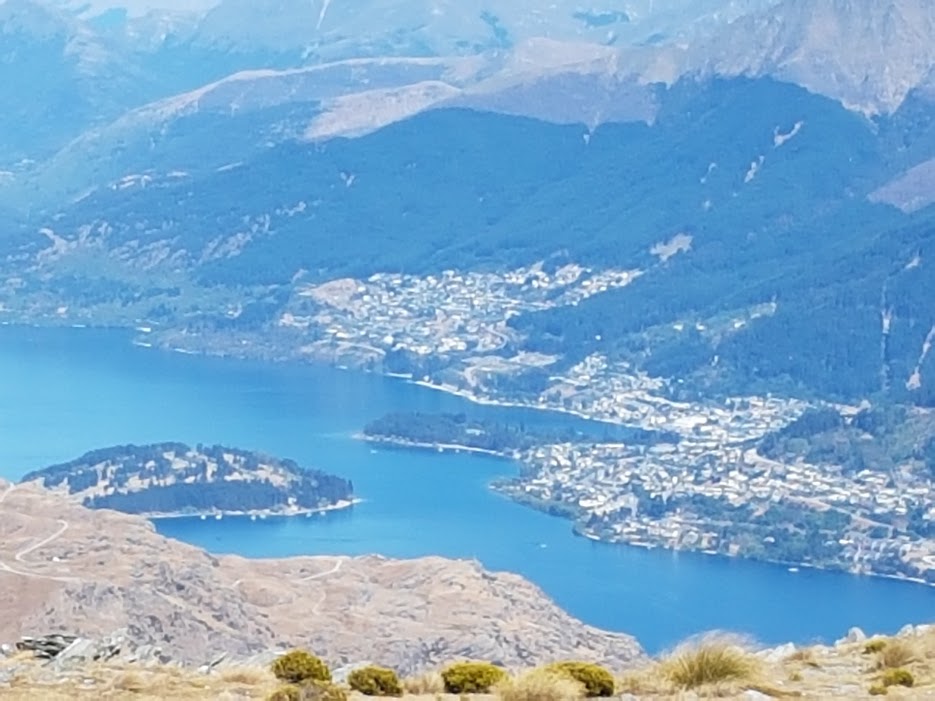 Safely back on land and boarded the coach, we continued to Arrowtown, a quaint old gold-mining town, near the river where I had tried my hand at panning for gold a couple of days earlier. It feels like some kind of old cowboy town, with its old-style clapboard houses and street furniture. 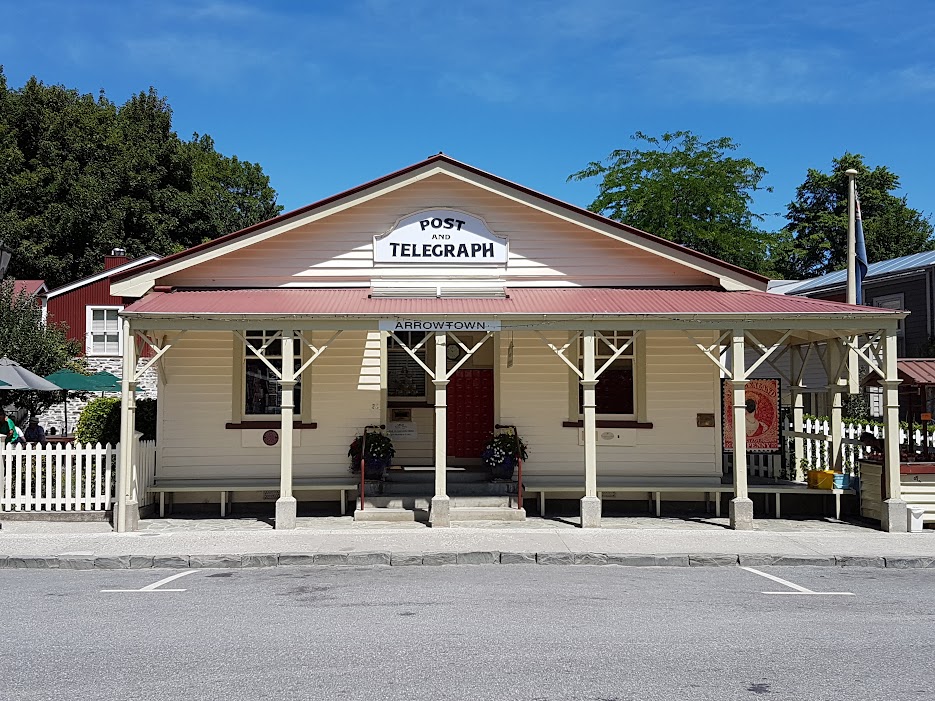 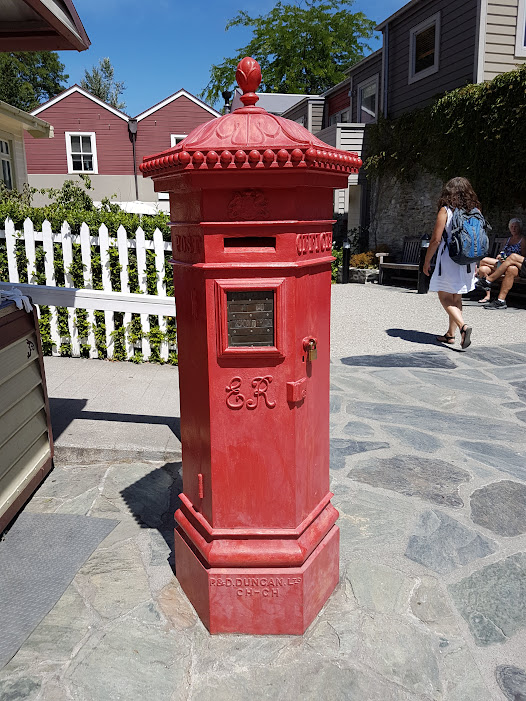 After lunch we had another long drive on to the Kawarau Gorge, Cromwell and the Lindis Pass – at 965 m above sea level, the highest road we drove over in New Zealand, and so on to the junction town of Omarama, where we were to spend the night at the Heritage Gateway Hotel. There weren’t many places to eat in town (it’s not much of a town) so we all ate together in the hotel restaurant. It was good to share a more communal meal, which hadn’t been a frequent event during our stay. It was also a pleasant summer evening to sit outside with pre- or post-mealtime drinks. Some of our fellow-travellers stayed up to see the stars of the southern hemisphere, including the Southern Cross. I didn’t manage it: after all the early starts and long coach rides I couldn’t stay awake long enough, especially as it didn’t get dark until very late.

Shame. It would’ve been quite a sight.