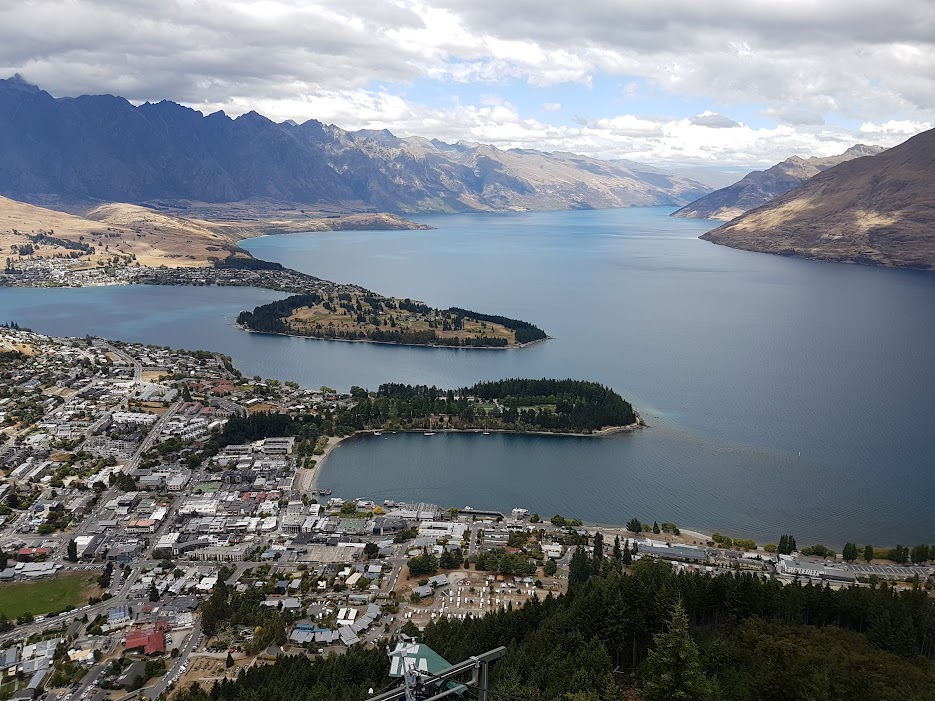 The following morning dawned bright, warm and sunny, and we were hopeful that we’d be able to get up on the glacier this time. We walked round the corner to the Helicopter Line, where once again we were allocated to the groups, given our wristbands, reminded of the safety procedures (Never approach a helicopter from the rear; don’t try and open the door yourselves, our crew will help you out when it’s safe…) This time we made it across the highway and through the short stretch of bush to the actual landing site. We even saw a helicopter coming in to land at the far end of the open ground. And then the message came over the phone: Cloud has come down, it’s too dangerous to fly, flying cancelled until further notice.

Apparently this is common, even normal. Fewer than 50% of people who book a helicopter flight up onto the Franz Josef glacier actually make it up there. And there would be another opportunity for a helicopter ride later in the tour: just not onto the glacier.

So it was back to the coach, and on the road again. It’s 144 km from Franz Josef down to Haast, described by Denis as the most remote settlement in New Zealand. And the west coast of South Island is the wettest part of the country, with up to 7 m (that’s seven metres) of rain annually. It felt like quite a lot of it fell during that morning1, during which we stopped to have a quick run through a bit of rain forest to see one of the waterfalls. 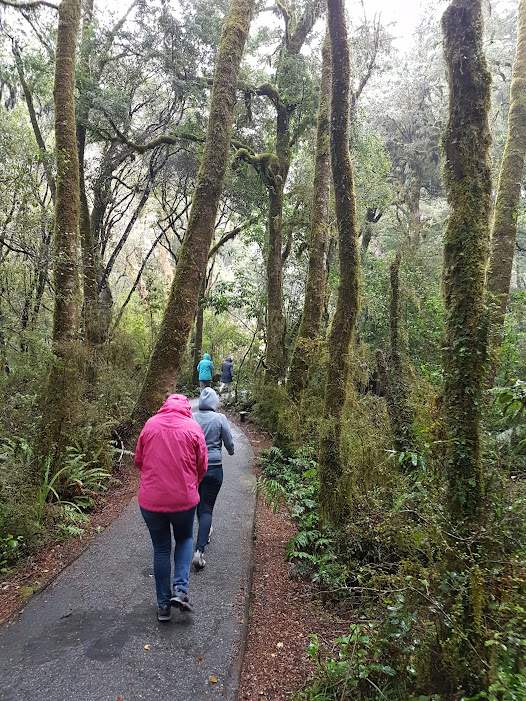 Rainforests don’t have to be tropical: there are temperate rainforests too, of which those in this part of New Zealand are typical. They are like nothing I’ve ever seen or experienced before.

From Haast the SH6 takes you inland up the Haast Valley, and over the alps again, then south among some of the glacial lakes of South Island. Lake Wanaka on our right, then Lake Hawea on our left, and so down at last to Queenstown, on the shores of Lake Wakatipu. It’s 248 km from Haast to Queenstown: this was a long day on the road.

So: what was my favourite place in New Zealand? There are so many candidates, so many wonderful sights and scenes. But I think I’d have to say, Queenstown. Not because it’s the birthplace of (commercial) bungee jumping, or a favourite centre for lots of other extreme sports that you have to be mad to pursue. Just because it is an almost unbelievably beautiful setting, a charming small city with so much going on, and set in the midst of scenery that looks like it’s straight out of the Lord of the Rings trilogy. Which is because so much of it was used by Peter Jackson when he made the film.

How can you not love a place with sunsets like this?