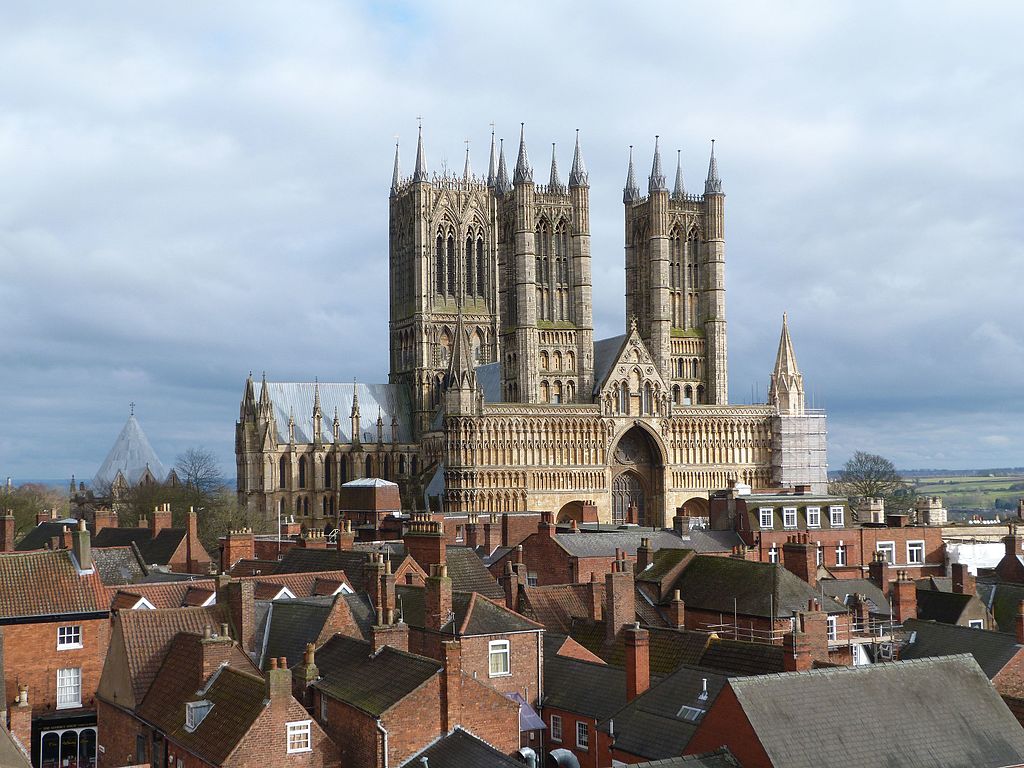 It’s May 8th, the day when the Church of England remembers and celebrates Julian of Norwich. I love the idea of Julian, but I can’t say I’ve a great familiarity with her writings. On the one hand, I love the graciousness of her vision (All shall be well, and all shall be well… and her lyrical meditation on human excretion). On the other, I struggle with the stark horror of her descriptions of Jesus’ sufferings on the cross. Perhaps it’s something about her being a 15th century woman, her life and experience so different from ours? My absolute favourite passage is her vision of “a little thing, the size of a hazel-nut in the palm of my hand, and it was as round as a ball. I looked at it with my mind’s eye and thought, ‘What can this be?’ And the answer came to me, ‘It is all that is made.’ I wondered how it could last, for it was so small I thought it might suddenly have disappeared. And the answer in my mind was, ‘It lasts and will last for ever because God loves it; and everything exists in the same way by the love of God.’ In this little thing I saw three properties: the first is that God made it, the second is that God loves it, the third is that God cares for it.”

But today we’re not going to Norwich. We’re in Bleasby, Nottinghamshire, and we’re going to Lincoln. Why Bleasby, why Lincoln? I’ll tell you. A general meeting of BACC – the British Anglican Cursillo Council – was to be held in Newark on Saturday the 9th, and diocesan lay directors and spiritual directors (that’s me) are invited. We could have driven up today, but since this is the special VE-Day Bank Holiday, we thought the motorways would be busy and decided to travel earlier. We spent a day in Newark last August and were not impressed. It didn’t look the kind of place we’d like to stay for a weekend, and a search for nearby Airbnb properties offered us the Charming Old Chapel. It’s a happy choice. So today we can explore somewhere we’ve never been before. We’re going to Lincoln, to see the city and its cathedral.

Work on the construction of Lincoln Cathedral started in 1072. Perhaps there was an earlier cathedral there, in the town that the Romans had called Lindum Colonia, and which had become an important centre of trade when the Danes settled. It controlled an important road to the north, and after the Norman Conquest, work on a castle started as early as 1068 to defend that route. To match the growing importance of the place, and underline the reality of Norman power, an impressive new Cathedral was planned too. Before this, Lincoln had been part of the diocese of Dorchester-on-Thames; afterwards, and throughout the Middle Ages, Oxfordshire was included in the diocese of Lincoln, making it the largest diocese in England. For nearly 300 years, it’s said, it was the tallest building in the world.

Lincoln has had some distinguished and saintly bishops down through the centuries, some of whom I have even heard of. St Hugh of Lincoln (1186-1200), Robert Grosseteste (1235-1253), and Edward King (1885-1910) are still remembered in the Church of England’s calendar of saints. Robert Grosseteste has always made me wonder, How big was his head, actually? Alas, we shall probably never know the answer, any more than we shall know the real stature of Little Bilney; and in any case Grosseteste probably doesn’t mean Bighead at all. He has been described as “the real founder of the tradition of scientific thought in medieval Oxford, and in some ways, of the modern English intellectual tradition”. Lincoln was also the place of one of the most notorious instances of medieval ‘blood libels’ against the Jews. In the mid-thirteenth century a nine-year-old boy disappeared, and his body was later found at the bottom of a well. Suspicion fell upon the Jews, who were accused of kidnapping the boy, torturing and crucifying him, in the practice of their anti-Christian faith. ‘Little St Hugh’ (to distinguish him from the earlier, real, St Hugh) was acclaimed as a martyr, and 19 members of the Jewish community were executed. These days it’s thought that it was all a ruse by the church authorities to generate income by using the tragic death of a child to promote a local cult to rival those of other cities where children had allegedly been murdered by Jews. Even the holiest places have a dark side.

But those are not the thoughts at the front of our minds while we enjoy a lie-in, a lazy breakfast, then set off to drive the 27 miles from Bleasby to Lincoln, where we park in Lincoln Central Car Park. For the morning we explore the old city with its steep streets, and have lunch at the Jackalope Restaurant in Drury Lane, “a fabulous place providing a wonderful experience” as one reviewer described it.

We’ve saved the Cathedral for the afternoon. I hate being charged admission by cathedrals (and reflect what a good thing it is that this is a virtual visit) but maybe £8 isn’t too much to contribute towards the £1.6 million a year it costs to maintain the Cathedral. It’s one of those wonders of English cathedral architecture that make me wonder why I’ve never been here before. The nave takes your breath away,

the vaulting is amazingly intricate, the Chapter House a wonder. Be sure to look out for the Lincoln Imp, high up above the statue of the Blessed Virgin Mary.

We take some hours to explore everything, light candles and spend some time praying in the chapel for private prayer, and (not forgetting the Cathedral Shop) it’s soon time for Evensong sung by the Cathedral Choir. And then we drive back to the Charming Old Chapel for a quiet evening.

“Let’s not plan to do quite so much tomorrow,” we say to each other.