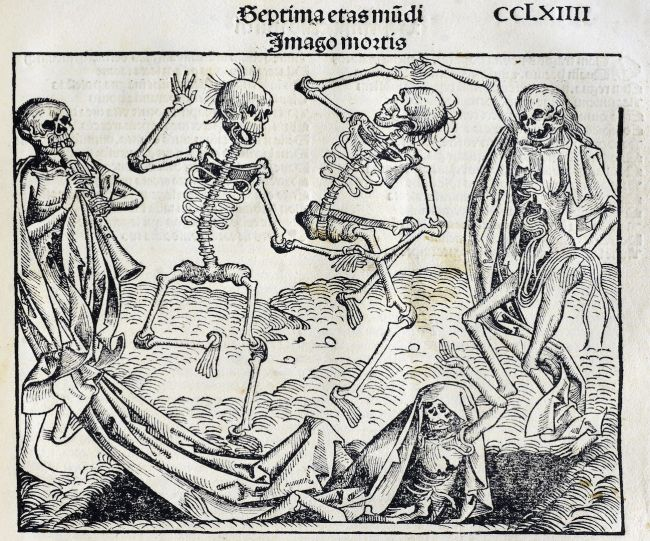 It seems strange when I remember it now. When I retired at the end of August 2016, and for some months afterwards, I quite often found myself having anxious, fearful thoughts about different kinds of disasters and apocalypses that might happen.

Some of it, I’m sure, was the stress of something I had never experienced in my life until then: the burden and responsibility of living in a house that we actually owned. Say what you like about living in a tied cottage – such as a vicarage is – but you don’t have to worry much about maintenance. You just pick up the phone to Church House and get the Diocesan Surveyor to send someone round to fix it. It’s also true that the Diocesan Surveyor got a bit fed up with phone calls from Marston Vicarage (which has since been demolished and a new one built.) Starting with the leaky flat roof, and progressing through numerous cracks in the walls caused by alternating heave and subsidence from the huge willow tree about ten metres from the house, rebuilding of said walls, and at the last water leaking from the pipes embedded in the concrete floor… Now I write all that, I wonder how we put up with it for 25 years, unless it was something to do with the wonderful parish and people. But at least it kept us entertained, and was really the only thing we had to complain about in the whole of our wonderful time there.

But when all that was left behind, I would often find myself – chiefly in those sleepy moments of doing the washing up – thinking what it would be like when you turned the taps on and no water came out… or when there was no electricity… or when rats crawled out of the toilets. Like in Raymond Briggs’s terrifying When The Wind Blows. Or when bands of brigands roamed, terrorising neighbourhoods, or tanks rolled along the streets. This was in the months following the Brexit Referendum, with that sense of dread over the divided country we were suddenly living in, and the possibility, that I imagined, of actual civil war or some similar calamity.

Never, in my wildest fantasies, did I imagine an apocalypse in the form of a global pandemic. Clearly I needed a more fertile imagination.